The temporary union of companies formed by CONSTÈCNIA 3, SL and OMS-SACEDE, SAU is in luck. During this week, has been carried out the adjudication of the contract was awarded for the construction of the new sewage treatment plant of La Selva del Camp. At the end of February, were carried out the openings of the different proposals presented by the companies where this UTE obtained the highest score in the sum of the technical evaluations and the economic offers.

It is a large investment carried out by the Town Council to solve the problems generated by the current treatment plant, as that isn’t sufficient for the entire flow that is currently received. The new municipal wastewater treatment plant will be built in one of the building sites on Mechanics Street in the industrial estate “La Drecera” of the town (very close to the site of the current EDAR). And it will have all the services and elements necessary to carry out a correct treatment of the wastewater of the town, while being adapted to all current needs.

Therefore, this week the UTE will present the final documentation to be able to make the award effective and start the works as quickly as possible and thus be able to provide the necessary service to the residents of La Selva del Camp.

Constècnia renews the qualification of the Chemical Business Association of Tarragona

This month Constècnia has passed the auditory of the Chemical Business Association of Tarragona (AEQT) with a qualification of “3 stars”. So once achieved this recognition the door opens to be able to work in all chemical companies with this requirement.

Thanks to this renovation, among other works, Constècnia has started the repair and maintenance works of a buried water pipe in the BASF Tarragona production center in the municipality of La Canonja.

With this recognition Constècnia bets on quality at work with the aim of implementing the security management systems of the company itself in the work, in order to favour the reduction of occupational risks and accidents at work.

This entry was posted in No Category and tagged aeqt, BASF, chemistry, Constècnia, qualification, tarragona.

Inauguration of the new Park of La Pobla de Mafumet

Last Sunday, January 28, coinciding with the winter festival, the “Parc del Bassal” was inaugurated in La Pobla de Mafumet. The act was held in the morning where there was child entertainment for all attendees and the presence of the authorities of the town.

The UTE formed by Constècnia 3, SL and Paviments Asfàltics Mòra d’Ebre, SA has carried out the works of execution of the new children’s equipment of the town over the last months. The children’s equipment consists of a total area of 1.898 m2, of which 950 m2 have been allocated to playground with different spaces for children of all ages and 948 m2 are part of the sports court, of which his rehabilitation has been carried out. The entire facility has a perimeter fence to improve the safety.

With all that the children of La Pobla de Mafumet already have a very complete outdoor equipment to complete the recreational offer of the town.

After seven consecutive years getting recognition, Constècnia returns to obtain the “bonus” to the prevention and reduction of the accident rate. The recognition is thanks to the effort and the well-done work of all the human team that is part of the company and especially the security department, where it has come to fulfil all the necessary requirements in addition to a low accident rate.

Regulated by the “Real Decreto 404/2010” of 31th march and the order TIN/1448/2010 of 2nd June, this “bonus” is an incentive system for companies that have contributed effectively, with investments in prevention of occupational risks, to the reduction of work accidents and to the realization of effective actions in the prevention of work accidents and occupational diseases.

Thus, Constècnia will benefit one more year with the incentives to reduce professional contingencies that are established in the current law.

This entry was posted in No Category and tagged Constècnia, incentives, occupationalrisks, prevention.

At the end of this year the works carried out by Constècnia of the project “Tomb de Muralles” of La Selva del Camp are advancing at a good pace.  The first of the 4 phases of this work, which includes the section between “els Ponts” and the “la Palma” square, is very close to seeing its end (current photo of phase 1). The buried facilities are finished and as you can see the two sidewalks are almost finished, it only remains to finish the road the execution of the asphalt.

Further, phase 3 of the works is initiated, that will be done before phase 2 due to a change in the initial order of these phases, in order to try to minimize the impact that works can cause in the neighbours and users of these roads. This new phase of the works includes from “els Ponts” to “Portal de Mates” and is already working with the execution of the new buried facilities.

During the work of this new phase will also be prioritized to minimize possible inconvenience to residents of the area and continuing the work at a good pace of execution to be ready as quickly as possible.

This entry was posted in No Category and tagged la selva del camp, streets, walls, works.

Construction of a new LIDL supermarket in Reus

Constècnia will carry out the construction of a new mall of the LIDL supermarket in the city of Reus. The designated site for the new supermarket will be Bernat Calvó Avenue (south of the city).

The start of the work is scheduled for this October month, and they will be carried out for approximately 6 months. During this time period, is planed the demolition of industrial warehouses that are currently in this site, the movement of lands and the new construction of the building of 3 floors, which will have a basement floor with a large parking area and more than 1.000 m2 of supermarket.

In this way, LIDL will expand the current offer in this city, moving from a current supermarket to the two it will have in the near future.

This entry was posted in No Category and tagged construction, lidl, reus, supermarket.

With the beginning of this month of August, the project of “Tomb de Muralles” from the Town Hall of La Selva del Camp took a step further. After the opening of the various proposals, has been awarded to Constècnia 3, SL the execution of the works included in this project.

The work to be carried out consists of the demolition of existing non-adequate elements, the explanation and paving and the realization of service networks of the “Raval Sant Pere”, the “Raval Sant Rafael” and “Passeig Josep Cristià”. To carry out this work different interventions will be carried out in each and every one of the “Tomb de Muralles” points, thus improving the current state and the general aspect of the area.

Next September the works of the first phase of the work will begin, marking a priority to minimize the possible inconvenience to the neighbours in the area.

This entry was posted in No Category and tagged la selva del camp, streets, walls.

CONSTÈCNIA starts the works of the Roman Theatre of Tarragona

During this month of January Constècnia has begun the work referring to the adequacy of the Roman Theatre of Tarragona, which will be carried out for 4,5 months.

This work has a special complexity due to its location, since it is a plot of 5.380 m2 with considerable slopes, limited by the Caputxins street to the north and the Sant Magí street to the south, so, a project and an intervention are required with all kinds of details, at the same time as a project respectful of the archaeological remains that are still preserved today.

This Project is based on emphasizing within its urban environment the theatre, and which is composed of four axes of action:

These days the first phase of the Works has begun, which include the first three axes and ends in the summer with the monument’s musealization that will be solved with a metallic structure that will partially materialize the original geometry of the theatre in order to understand its importance.

This entry was posted in No Category and tagged metallic structure, Roman Theatre, tarragona. 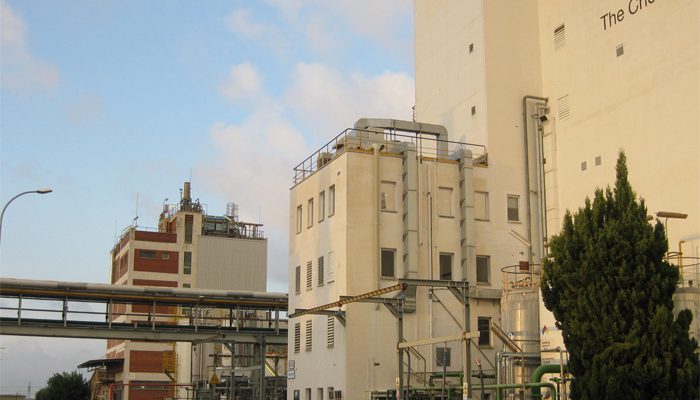 Constècnia gets the rating of the Associació Empresarial Química de Tarragona

The monitoring committee of the Associació Empresarial Química de Tarragona (AEQT) certifies that
Constècnia has passed the audit with a rating of “4 star”. The scope of the audit involves the verification of the safety requirements established by the AEQT.

The procedure used to certify Constècnia is a method of rating system security management indispensable to develop its services in the field of AEQT company.

This entry was posted in No Category and tagged aeqt. 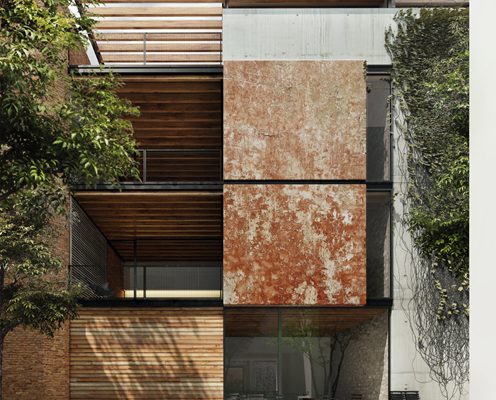 Start of construction of a building of nine homes in Tarragona

It is a rehabilitation of three existing buildings located in the city of Tarragona, in the street Comte and the street Misser Sitges. The group has heritage value, especially the front of the building Comte 11bis because it is a façade classified and protected.
The buildings are connected by the ground floor and have three floors. These are in poor condition with many of its parts in ruins.
It plans to build nine houses, 7 homes in street Comte and 2 homes in the frontage of the street Misser Sitges.

This entry was posted in No Category and tagged comte, edifici, tarragona.
123